The star of the season –
TOMATOES

Tomatoes are at their best during late August, so don’t miss the opportunity to savour them just as they are or as great companion for meats and fish dishes or make them the star of summer salads.

WHAT TO LOOK OUT FOR

The best tomatoes are ripened on the vine with a sweet, grassy aroma and firm skin. At this time of year they come in all sizes, colours and shapes and generally the smaller and darker, the sweeter they are.

Don’t store tomatoes in the fridge as the cold ruins their texture.

Like potatoes and aubergines, tomatoes are members of the nightshade family. Native to South America, they were introduced to Europe by the Spanish Conquistadores in the 16th century.

Tomato health benefits are vast. Although technically a fruit, tomatoes are a favourite ‘vegetable’ around the world and an essential ingredient in Mediterranean cooking.

Despite tomatoes having reached Europe in the 1500s, it took a lot longer for tomatoes to gain popularity in the kitchen as they were thought to be poisonous like other members of the nightshade family.
COMMENT
[comment] 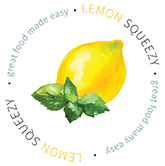